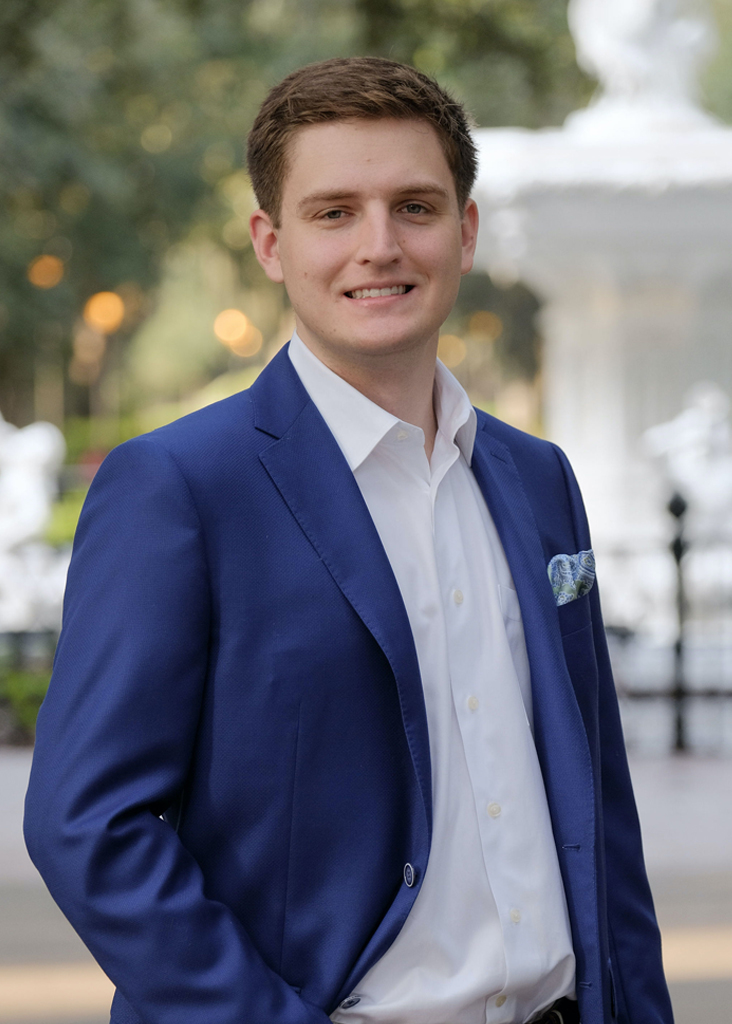 Jordan Sturgess
Realtor®
jordan(at)savannahrealtycompany(dotted)com
912-308-5411
After graduating from Savannah Country Day School in 2016, I enrolled at Furman University – a private liberal arts university in Greenville, South Carolina. During the summer leading up to my sophomore year, I opted to perform manual labor for Matthew Johns Construction in the excruciating Savannah heat. Sounds ridiculous, right? My intention in doing this was not only to improve an already-strong work ethic but to also grow a deeper appreciation for the opportunities I have been provided with by a supportive family. On top of this, I was able to gather critical information regarding the physical features of residential properties.

In the summer of 2018, I temporarily moved to Austin, Texas, after accepting a role as a campaign intern for the George P. Bush Campaign for Texas Land Commissioner. Over the course of the summer, I was given a wide variety of responsibilities on Commissioner Bush’s campaign. I analyzed campaign data with the Oracle Alliance Director in Dallas, Texas, to determine which precincts should be targeted and the amount of capital that should be allocated in said precincts, collaborated with the General Land Office to deliver a plan for the $450 million revitalizations of the Alamo in San Antonio, Texas, and spoke on behalf of Commissioner Bush at the Texas Republican State Convention, defending his campaign messages.

During my junior year, I began my term as Vice President (Pro Consul) for the Iota Nu Chapter of the Sigma Chi Fraternity. As Vice President, I directed and coordinated the work of all chapter committees, including philanthropic efforts that accumulated over twenty thousand dollars towards the Huntsman Research Institute in my term alone.

In May of 2020, I graduated from Furman University with a Bachelor of Arts in economics. During the process of applying to political offices in D.C. and enormous corporations in crowded cities, I decided to step back and ask myself, “Where do you truly see yourself in ten years?” Sure, working in politics and investment banking is interesting, but was this truly my passion?

At the end of the day, I decided to return to my strong roots in the low country as a fourth-generation Savannahian. Throughout my life, I was given the chance to explore extraordinary opportunities because of my father’s ability to always financially provide for me via his career in real estate. One day, I hope to do the same for my own children.
Quick Search